He is an artist living in Hamilton, Ontario, Canada.

This website features a selection from over 40 years production of his visual art plus a few of the artist's statements he wrote to  accompany some of his solo exhibitions.

Yates is also a writer (of prose, poetry and songs).  His publications (books & chapbooks) include:

Yates's writing has appeared in many local (Hamilton) arts publications over the years.

Some of his work has been anthologized:
The Golden Horseshoe Anthology
Weave and Spin
This I Believe
Now See Here
Roadwork Ahead
On The Edge
and he has contributed to local arts journals including:
Hammered Out
Kairos
Ta Panta
Most of these publications can be found in the Hamilton Public Library.

Here are links to a few readily available essays or poems from Hamilton Arts and Letters, an
on-line magazine from Samizdat Press:

On this website:  "Seeing Things" (an essay on perception) ﻿﻿

Robert Clark Yates In Conversation with Betty Soarre:  an assemblage of interviews (1993 - 96)


Yates has been interviewed by Bernadette Rule on Art Waves, an arts-interview radio program (101.5 FM) from Mohawk College in Hamilton.  Here are links to the podcasts of these programs: 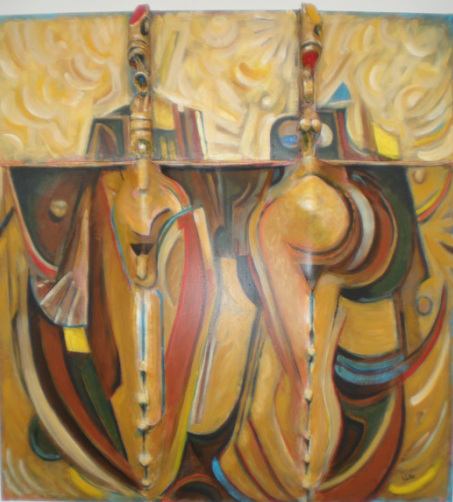